7 signs you’re headed for divorce, according to a relationship expert

Home › Blog › 7 signs you’re headed for divorce, according to a relationship expert 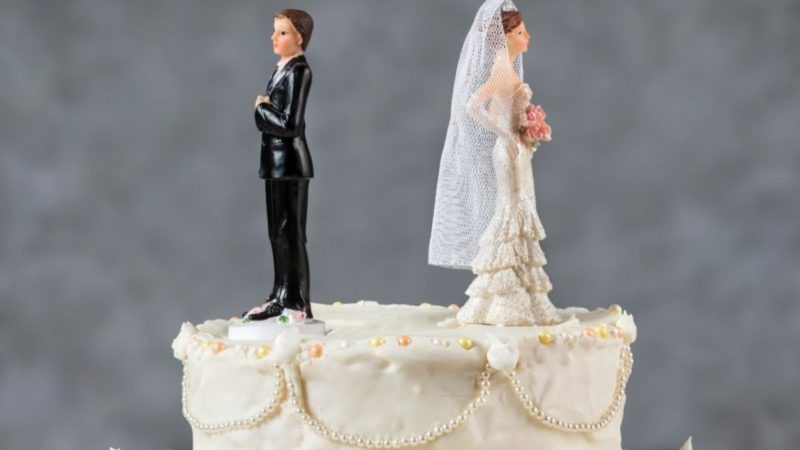 Brad Pitt and Angelina Jolie’s split has dominated the news cycle for the last few days, shocking fans and close friends alike. While this celeb breakup may seem surprising and awfully sudden, chances are, trouble’s been brewing for a while. Most divorces—celebrity and mere mortal alike—don’t just happen out of the blue, says Chicago-based relationship psychotherapist Michael McNulty, PhD. “Relationships tend to end more by ice than by fire,” he says. In other words, there are generally some major warning signs that a relationship is on the rocks.

And believe it or not, frequent fighting isn’t one of them. In fact, it’s totally normal: “Sixty-nine percent of the conflicts that come up between partners are always going to be ongoing issues,” says McNulty, who has been treating couples for over 25 years and is trained in the Gottman Method of Relationship Therapy, a research-focused approach to relationship counseling. “Only 31 percent of problems are actually very straightforward and solvable.”

The true tell is how you and your partner interact during these conflicts. Here, McNulty clues us in on signs to look out for, plus strategies to work on repairing a broken relationship.

Your body freaks out during disagreements

Fights are overwhelming, but if you notice that tiffs with your partner take over your body a la The Exorcist, it’s a big sign something’s wrong. The psychology term for this is “flooding,” or the physical response that occurs when talking about a problem with a partner, which can involve everything from an accelerated heart rate to sweating to a nervous stomach. “In this state, we can’t take in new information, we can’t think creatively, and we lose our senses of humor, all of which makes it difficult to have discussions around areas of differences,” says McNulty.

If you notice this happening, he advises taking a break and revisiting the conversation once you’ve cooled down. “Do some deep breathing or watch a stupid TV show or take a walk—whatever it is that helps you relax,” McNulty suggests. Just don’t just leave the issue unresolved once you’ve reached a state of calm.

You constantly point out flaws

When you spend an excess amount of time with someone, even (if not especially) a person you love, you’ll likely get irritated with his or her actions from time to time. Seeing a romantic partner’s annoying habits as deeply rooted character flaws, on the other hand, is when things get problematic, says McNulty. Something seemingly trivial like forgetting household chores, for example, could be skewed as “You don’t care about our home since you never remember to take out the trash.”

The easy fix for this lowest form of nagging is re-framing your frustrations into “I” statements, says McNulty. So if you were talking about the trash issue, you’d say something like, “When you forget to take out the trash, it makes me feel upset because I’m trying to keep our home nice.” This opens up the conversation for a more collaborative solution, rather than simply trying to bring your partner down.

Read more about it here: http://fxn.ws/2cTgwNF