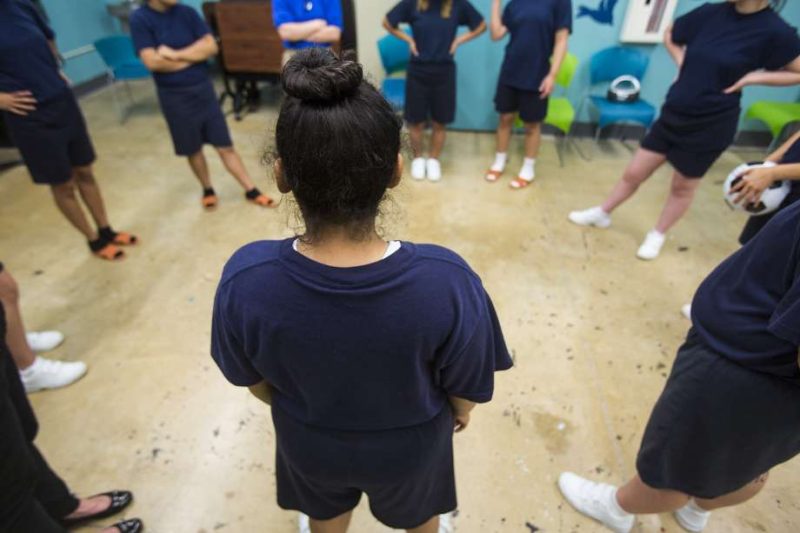 California would no longer prosecute minors for prostitution under a bill in the state Legislature, a move law enforcement agencies say would make it more difficult to prosecute pimps.

Supporters of SB1322 say many children caught selling sex are the victims of human traffickers and that prosecuting them for prostitution is not the appropriate or ethical response.

The bill could come up for a vote this week in the Assembly after having already passed the state Senate.

“Under the law, a child who is under the age of 18 can’t consent to sex,” said state Sen. Holly Mitchell, D-Los Angeles, who wrote the bill. “And yet we charge the child victim of commercial sex trafficking with a crime.”

SB1322 passed the Senate 28-10 in June, but faces a tougher vote in the more moderate Assembly, where some Democrats have aligned with law enforcement groups. Under the bill, misdemeanor laws involving solicitation of prostitution and loitering with the intent to commit prostitution would not apply to a those younger than 18.

California dedicates $14 million in funding for counties and child-welfare agencies to provide intervention and prevention programs for sexually exploited minors so that their cases can be handled in juvenile dependency court, not delinquency court. Dependency court focuses on minors who have been abused, neglected or abandoned, while delinquency court is for children charged with crimes.

But, Mitchell said, “Victims are still being prosecuted.”

Law enforcement groups such as the California District Attorneys Association say decriminalizing juvenile prostitution is in neither the public’s nor victims’ interest and could make it more difficult to prosecute pimps because the minors would have no incentive to testify.

“Everyone on both sides of the bill is in agreement that these kids are victims, not criminals. Where we differ is in how much faith we have in the dependency side of the juvenile system to effectively handle this population,” said Sean Hoffman, director of legislation for the district attorneys association. “If they can’t keep a victim in a facility long enough for a provider to reach that child with services, then we undermine the efforts of a number of great community-based organizations that are having tremendous success in servicing victims of human trafficking.”

Hoffman said it’s possible the state will have the resources and infrastructure in five to 10 years, so that decriminalization wouldn’t have a negative impact.

“What we’re hearing from around the state is that we aren’t there yet,” Hoffman said.

The bill is supported by many child-welfare groups that serve a growing population of child sex-trafficking victims.