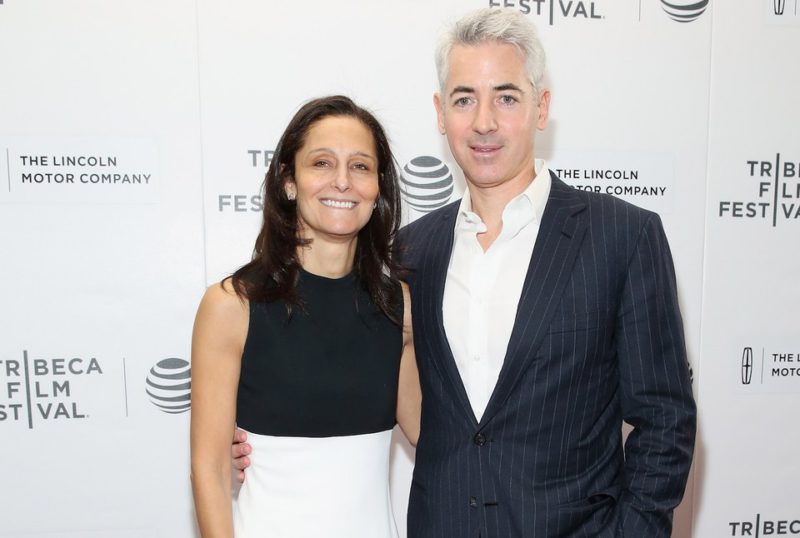 Things continue to go from bad to worse for the hedge fund manager, who is reportedly ending things amicably with his wife of 25 years.

Everyone, in some way, has been rocked by 2016—a year that saw Donald Trump elected president, the end of Brangelina, a British exit from the European Union, and a Kardashian exit from the once near-constant limelight. Bill Ackman, the hard-charging activist investor known for his big bets on Herbalife and Valeant Pharmaceuticals and his finesse on the tennis court, perhaps has had it worse than most.

His hedge fund, Pershing Square, bled money and investors this year. Its assets under management plummeted to about $11.4 billion by this fall, down from the $20 billion it had 18 months earlier. In the first half of the year, investors withdrew some $600 million from the firm, Fortune reported this summer, and likely would have lost more if not for rules limiting withdrawals. As Wall Street short seller Marc Cohodes told Vanity Fair contributing editor William D. Cohan this fall, “I think he hits a brick wall at about 197 miles an hour. I think he’s done. I think he’s a dead man walking and he’s completely un-investable.”

Ackman reportedly smacked into another wall this year, outside of Wall Street and closer to home (well, in his case, his many homes). The New York Post reported Thursday that Ackman and his wife, landscape architect Karen Ann Herskovitz are headed for divorce. While no papers have officially been filed, the Post published an e-mail the couple sent around informing friends of their decision to split. “It saddens us to share that after 25 years together, we are separating. It is an amicable split, and we are making sure that we minimize the impact on our girls,” the note reads. “We value your friendship and greatly appreciate your support.” The Post reports that the settlement could reach into the hundreds of millions of dollars. A representative for Ackman had no comment.

As tends to happen with couples who have amassed an estimated $1.65 billion fortune since they wed at the St. Regis in 1994, there’s a great deal to divide. Take the $90 million, 13,500-square-foot duplex dubbed “the Winter Garden” in the new One57 tower. Ackman and his wife don’t actually live in the modest home, which he once referred to as “the Mona Lisa of Apartments” because there will never be another one like it. It is an investment opportunities, he told The New York Times a couple years ago. “I thought it would be fun so myself and a couple of very good friends bought into this idea that someday, someone will really want it and they’ll let me know.”

Read the rest of the article by clicking the link: http://bit.ly/2nUm9Uk