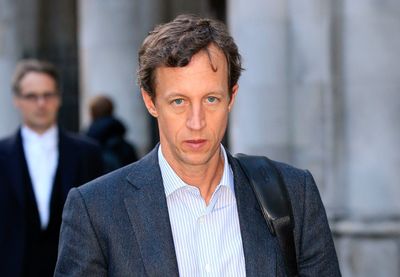 A former Lone Star Funds executive, who asked judges to weigh the value of “genius” in a bid to win a bigger share of a $225 million fortune than his ex-wife, lost his divorce appeal at a London court on Tuesday.

Randy Work failed to convince a three-judge panel that his “special contribution” during their marriage meant he was entitled to a bigger share than the typical British practice of awarding a 50-50 division of marital assets.

Work and Mandy Gray, both American, were married for 20 years when they split. A lower-court judge said in 2015 that the multimillion-dollar estate should be equally split because while Work may have worked hard, the fortune was the result of “being in the right place at the right time, or benefiting from a period of boom,” not his professional brilliance.

The appeal judges agreed saying the use “of the word genius is unhelpful,” and that Work “failed to demonstrate that” the previous judge’s “decision was wrong.”

“The word ‘genius’ tends to be over-used and is properly reserved for Leonardo Da Vinci, Mozart, Einstein, and others like them,” Judge Edward Holman said in the 2015 decision, rejecting the special contribution argument.

U.K. appeal judges have only ruled on the issue of special contribution a handful of times in the last 15 years as they have tried to draw a line between success of a “wholly exceptional nature” and people who’ve become very wealthy through ordinary means.

Work, who had asked for 61 percent of the assets, applied “groundbreaking methodologies” in the Japanese distressed debt market while running the fund’s office there, generating huge returns, according to the ruling. He was “undoubtedly, very successful” but he didn’t create Lone Star, the judges said, citing the 2015 ruling.

London courts have gained a reputation as being a more sympathetic place to play out high-stakes divorces, as generally speaking judges order a 50-50 split of assets, giving equal weight to the work of a wealth creator and a home maker. However, when they do rule in favor of it the numbers involved can be eye catching.

You can read the rest of the article here: https://bloom.bg/2pXSRm6