Harry Macklowe laughs after offering wife $1B to go away 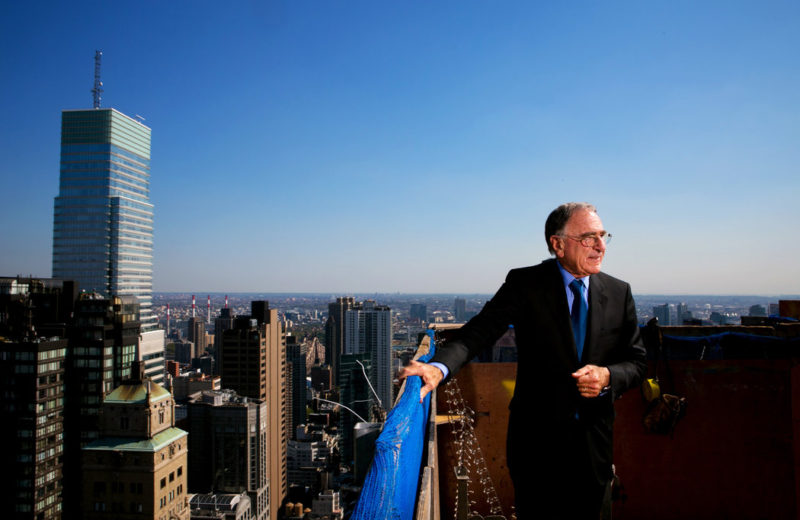 A New York developer is willing to give up half of his $2 billion fortune just to end his messy divorce case — and he can’t stop laughing about it.

Developer Harry Macklowe, 79, was in a joking mood outside a Manhattan civil courtroom Tuesday as he talked about handing his wife, Linda Macklowe, a cool $1 billion so she will sign legal papers freeing him to be with his younger French gal pal.

“As soon as this divorce is over, I’m getting remarried,” he declared after a hearing into his breakup with his spouse of 58 years, who has thus far not agreed to his offer of a 50-50 financial split.

The giddy real estate mogul then launched into an impromptu comedy set for reporters, telling a string of “Take my wife — please”-style jokes straight from a Henny Youngman routine.

You can read the other half of this great article on Page Six here: http://pge.sx/2o47Dsz