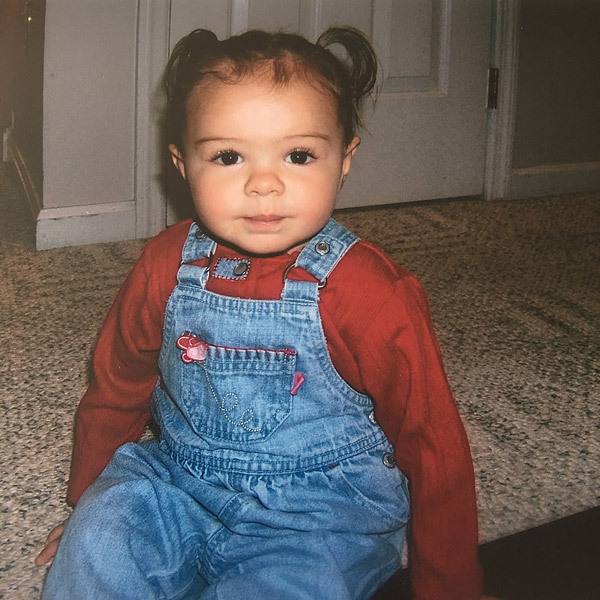 Barbara and David (who’ve asked that their last name not be used) weren’t just going to hire any surrogate when they were looking to expand their family.

The couple, who were already parents to three children, wanted a woman who was in a happy marriage and also wished that both the surrogate and her husband had good jobs.

They met a dozen of potential candidates, but no one fit the bill until Jamie came along.

“She emailed me pictures from her wedding and her marriage certificate,” Barbara, 49, tells PEOPLE. “We agreed to meet at a halfway point.”

At the time, Barbara never could have known what she was driving towards when they met at a LongHorn Steakhouse in April 2008.

For four hours, Jamie and her husband Steven talked to Barbara and David about their lives.

“I asked him straight out how he felt about his wife carrying another couple’s baby,” says Barbara, who lives in Pennsylvania. “I asked him really personal questions.”

Jamie, just 22-years-old at the time, seemed “eager and like she really wanted to help a family,” Barbara says. Jamie explained that she and her husband weren’t ready for children because they were saving their money for a down payment on a house.

“She said she wanted to build a future and a life before they settled down,” says Barbara.

Jamie and Steven were ready to sign the 38-page contract then and there, but Barbara told her to think about it and show it to a lawyer.

Just three weeks later, it was signed and notarized.

Using Jamie’s egg and David’s sperm, Jamie went in for the procedure, and soon after, she announced she was pregnant.

On Mother’s Day, Jamie called Barbara and left her a message saying, “Barb, I’m pregnant. The test came back. I love you so much. This is great. We’re going to have a great journey.”

Barbara looks back on the night she first met Jamie with regret.

“Later on, I found out that everything she told me was a lie,” Barbara says with disbelief.

Immediately after Jamie became pregnant, “she started to act off,” says Barbara, who had given Jamie a $15,000 surrogacy fee.

She became secretive, distant and could only talk very late at night.

At 12 weeks pregnant, Jamie, who lives in Philadelphia, had an ultrasound, and it was during that appointment that the first major red flag went off.

“She came to my area for the ultrasound and when she got there she said she and her husband had separated,” says Barbara. “I asked her why and if it was because of the pregnancy.”

“She said, ‘No, we were having problems long before then,’ ” Barbara remembers. “When we first met them, she said they were a happily married couple. Then all of a sudden she drops that bomb on me.”

Read more about it here: http://bit.ly/2dUOULS