How Often do Non-Custodial Parents See their Children?

Home › Blog › How Often do Non-Custodial Parents See their Children? 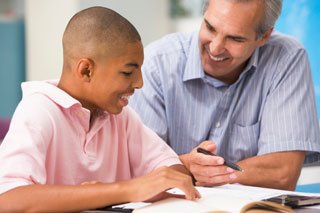 nly a third of children in sole residential homes see their other parent at least once a month. Another third have contact less than once a month. Half of these have contact less than once a year. A final third have no contact at all with their non-custodial parent. Fathers who never married the mother of their children often have little or no contact with their children. Divorced fathers are more likely to stay in touch. Today, more and more unmarried couples are having children. If they break up, it increases the number of children who don’t see one parent. Things get worse during adolescence. There is a dramatic drop in the amount of contact with the absent parent. Over half of those fathers have no contact within a year. This is a sad fact for our nation’s children.

A non-custodial parent with a low income has a greater chance of losing contact with the child. Part of the reason is the cost of access. Costs can include travel, clothes, food, and lodging. The damage caused to a child by loss of contact is huge. Many low-income parents cannot afford an attorney. Sometimes legal help is needed to fight obstacles. There are many risk factors that come with poverty. Loss of contact with the children makes problems worse. The child could have serious adjustment problems. During the last decade, many parents have been increasing contact with their children. They understand that their children are much better off with continued contact.

There are many reasons the non-custodial parent has little or no contact. The reasons are different for each situation, but they usually include one or more of the following:

All of these reasons cause many parents to abandon their child. Usually, parents don’t withdraw from their children. They simply feel forced out of their child’s life. Many things can drive them out of their children’s lives. The judicial and governmental system may seem unfair. They may feel judged by society’s attitudes. And, they may feel excluded by the other parent. Non-custodial mothers in the United States feel the same.

The impact of infrequent or no contact with a parent (usually the father) can devastate a child. There are many reasons; here are some of the most important.

First, most children deeply miss their fathers. A young child often mourns the loss of their father as if he was dead. (In fact, lack of contact because of a father’s death causes fewer problems than for children of a break-up.) Many children engage in bizarre fantasies to explain his absence. Or they worry that he will replace them with a new family. They worry that he might forget about them. There is one request often made by a child of a break-up. They want to be able to spend more time with Dad. They are unsure about how long the separation is going to last. And this leads to continuing grief. This grief lasts well after the parents’ own grief has been resolved.

You can read the rest of the article here: http://bit.ly/28QUXho