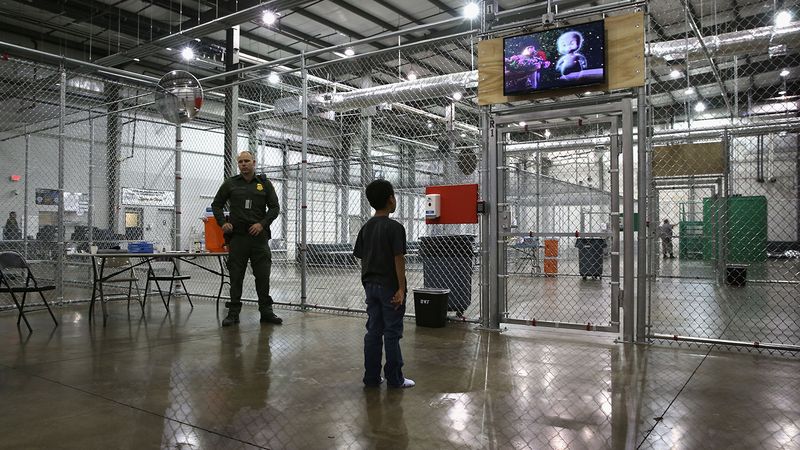 Undocumented immigrant children can’t sue the U.S. government to have lawyers represent them in deportation hearings, an appeals court ruled.

Tuesday’s ruling by the U.S. Court of Appeals in San Francisco reversed a judge’s decision last year rejecting the government’s bid to throw out the lawsuit. The case was brought by the American Civil Liberties Union amid concerns over the deportation of child immigrants, many of them fleeing violence in Central America.

The appeals court said the lower-court judge didn’t have jurisdiction to rule on the case of a boy from El Salvador escaping gang threats at home. The appeals court called for the boy and his older sister to pursue administrative measures to win asylum, while suggesting President Barack Obama and Congress find a political solution to the problem.

“We underscore that we address only the jurisdictional issue, not the merits of the claims,” Judge Margaret McKeown said in the ruling. “Despite the gravity of their claims, the minors cannot bypass the immigration courts and proceed directly to district court.”

Ahilan Arulanantham, legal director of the ACLU in Southern California, said the organization would continue its fight on behalf of children, while calling on the Obama administration to act.

“The courthouse doors are effectively closed to thousands of children whose only opportunity to seek appointed counsel in their immigration proceedings is through this case,” he said in an e-mailed statement. “We again call on the Obama Administration to exercise its power to cease its unjust practice of requiring children to represent themselves in immigration court.”

You can read the rest of the article here: http://bloom.bg/2fMcgVS