Many Dads Are Being Forced to Play “Mother May I?”

Home › Blog › Many Dads Are Being Forced to Play “Mother May I?” 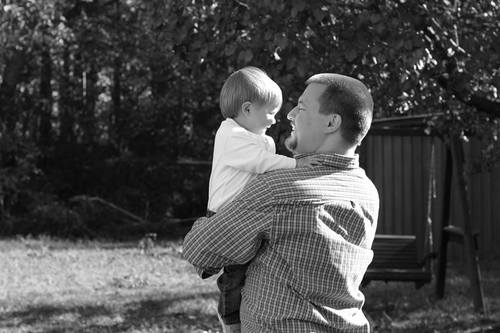 Do you remember the childhood game, Mother May I? The mother directs thechildren to take a certain number of hops, giant steps or baby steps toward her. Each child must ask “Mother May I?” before moving. If they don’t, then they must go back to the start line. The first one to reach the mother wins. She had all the power, controlled every move and got to decide who won before the game ever started. Even if the child asked, “Mother may I?”, she still could answer, “No you may not!”.

Over the last eight years of being a blendermom, I’ve learned that there is a grown up version of this game. Oh, it’s all hush hush and not talked about in good company. It’s a manipulative version where divorced fathers are forced to play for their children while the mother controls every move and has predetermined herself the winner.

Here are three moves of how the game goes for so many fathers.

Mother may I have equal rights to my children? Even if they legally have joint custody, many fathers are not treated as an equal parent. These dads are at the mercy of what the mom is willing to share, especially in reference to doctor visits or school information. One dad shared with me that his court order states that he is entitled to attend doctor appointments and school events. He then showed me an email from his ex-wife acknowledging that although he has the right to attend, she does not have to tell him when those things are scheduled, even though she is the one doing the scheduling.

To further complicate the matter, the father feels that even if he is invited to parent/teacher conferences or doctor’s appointments he is treated as if he should be seen and not heard. Treated as if his opinion doesn’t matter, just tolerated. It’s a scenario where he is completely dependent on what the mother is willing to share to even know how his own child is doing.

Mother may I have equal time with my child? The mother is granted primary custody the majority of the time in a biased family court system. Because of this bias, fathers are often falsely painted as lazy, abusive or cheaters. Good and loving dads who are desperately trying to hang on to a parenting relationship with their children are often reduced to nothing more than a babysitter and can only pray that they are granted more than every other weekend and one night a week. It’s a vicious move in the game where they are at the mom’s mercy of whether she is willing to share equal time with the father and if she refuses, his only alternative is to fight for time in a biased court system.

Mother may I at least have extra time and share special events with my children? The legal documents cannot possibly spell out every detail or scenario so the dad is still at the mercy of the mother. I recently spoke with some fathers in this situation, all of them shared that the moms would manipulate and misinterpret the court papers in order to withhold time with their children, such as taking away a weekend or Father’s Day, or not allowing a soldier returning from duty extended time with his children through some loophole in the legal wording. Several of them said that although they begged, their child was not allowed to attend and be a part of their wedding.

I write this because it’s not talked about enough and the pain is real. I write this because although I am a wife to a wonderful dad who has fought for and cultivated a close relationship with his child, I am also a mother who has sadly played this game. I have never withheld information or time with my children from their father because I always felt it would hurt my kids. However, when they were younger, I did fight for and win control. And looking back, I can honestly admit it was, in part, motivated by fear that somehow my children would be taken away from me or I would lose them if I did not have that control.

Read more about it here: http://huff.to/2apr1Gf