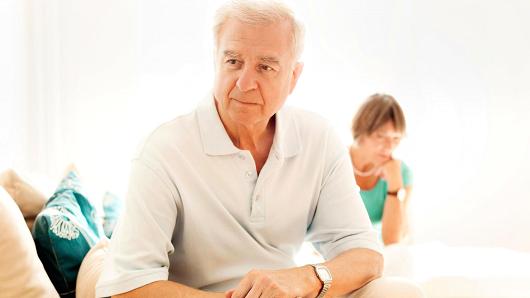 Divorce among couples near retirement age has its own custody complications: how to divvy up the retirement accounts.

For baby boomers, divorce is soaring. The divorce rate among adults over age 50 doubled between 1990 and 2014, according to a report by the National Center for Family & Marriage Research. For those over 65, divorces tripled during roughly the same period.

“A rising divorce rate is becoming a very consistent trend with the baby boomer generation,” said Joslin Davis, president of the American Academy of Matrimonial Lawyers. “It’s very unsettling, if not downright scary, for people who are older without much earning capacity left to face a divorce as they are looking forward to retiring.”

Second only to alimony, retirement accounts and pensions were the most fought over, according to a recent survey by the academy. To that end, here are the dos and don’ts of dividing a nest egg for those in their golden years, just when they need it most.

Who owns the accounts?

“Retirement benefits acquired during the marriage are generally divided 50-50,” said Carolyn Woodruff, a North Carolina family law specialist. “The couple as a unit has retirement savings they intended to use in one household, and now those retirement funds need to service two households,” she said.

“There are a number of people who we represent who say, ‘I have socked away every month and I don’t see why I have to divide it with my spouse,’” Davis said. “The law says ‘too bad.’”

Marriage is an economic partnership, and in the vast majority of cases that account is marital property, Davis said.

When a marriage ends, it’s also a good time to check or change the beneficiaries of those accounts, said Jeffrey Levine, chief retirement strategist at Ed Slott & Co. “After any life event, and especially a divorce, people should always be sure to review their beneficiary forms to make sure they still reflect their wishes,” he said.

Consider the other man in the picture

Uncle Sam has a lot to do with what those retirement accounts are worth now and will be worth when you are ready to tap them.

“You have to look at the after-tax impact,” said Dennis Notchick, a certified financial planner with Safeguard Investment Advisory Group in San Diego. Whether you’ve paid taxes on the money upfront, or will be paying taxes on it later, makes a big difference to the asset’s value.

Retirement accounts are not all equal

Because of that, retirement accounts should be divided on their after-tax value, Levine said.

Read more about it here: http://cnb.cx/2cqo4dd