Older Americans Are Jeopardizing Their Retirement With Divorce

Home › Blog › Older Americans Are Jeopardizing Their Retirement With Divorce 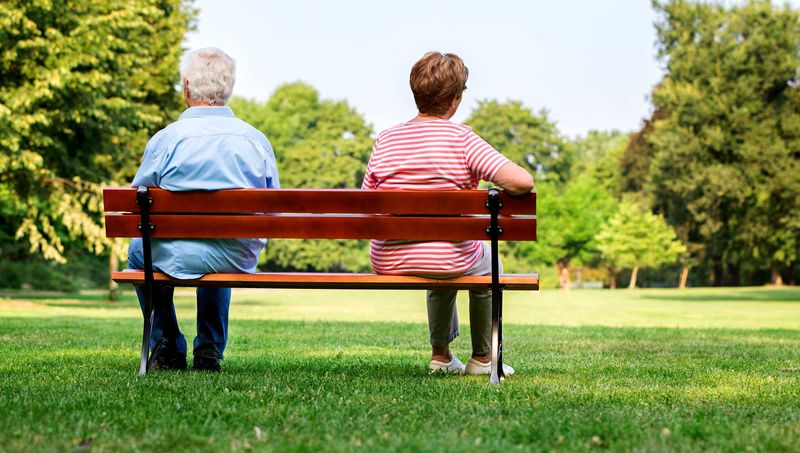 Barbara Ballinger panicked when her husband of 29 years told her he wanted a divorce. At 51, she hadn’t seen the end of her marriage coming and wasn’t prepared to cover half the expenses for their five-bedroom home in a St. Louis suburb, their two daughters’ college tuitions, car and home insurance, and other necessities. She’d always worked, as a writer, but “he earned as a corporate attorney more than five times what I did,” says Ballinger, who is now 67.

She began clipping grocery coupons, eliminated Starbucks lattes and meals out, put off home repairs, and made fewer visits to the hair salon, while taking on as many freelance assignments as she could land. Still, during a trip to visit her daughters at college, a car rental company turned her away because she didn’t have a credit card in good standing. “My living standard changed dramatically,” she recalls.

Americans 50 and older are getting divorced at a higher rate than younger people—and much more frequently than in prior decades. As life spans lengthen, couples who’ve celebrated their silver and even golden anniversaries—who in earlier generations likely would have stayed together until death despite their differences—are going their separate ways. Many decide they don’t want to spend their senior years unhappily wed, especially since they’re likely to live healthily into their 70s and 80s. People 50 and older comprised 25 percent of all Americans who got divorced in 2014, up from about 8 percent in 1990. Divorce among this older group doubled during that period, while plateauing or declining for younger couples, according to the National Center for Family and Marriage Research at Bowling Green State University in Ohio.

Those who quit their marriage late in life sacrifice retirement security. “The vast majority of older couples who divorce, even if they’ve both worked or are still employed, see their standard of living decline substantially,” says Joslin Davis, an attorney and president of the American Academy of Matrimonial Lawyers. “It’s a lot more expensive to live in separate households than in one home, and the retirement savings you’ve accumulated must be divided, leaving each spouse with less.”

Many are forced to put off retirement until they regain their financial footing or because they have alimony obligations. Divorce attorney Davis says she often grapples with “how to create an alimony stream of income for a dependent spouse, at least for a period of time, while also making sure the providing spouse gets to stop working and retire at some point.”

Women initiate 60 percent of divorces after age 40, according to the AARP, even though they usually suffer more financially, because they earn less than their husbands and are much more likely to have taken time off from paid employment to care for children and elderly parents. “Women have long been less tolerant of a mediocre relationship,” says Stephanie Coontz, director of research at the Council on Contemporary Families at the University of Texas at Austin. “And today they don’t feel finished at 50. They believe they can reinvent themselves, so they’ll take the financial hit.”

Custody battles are not usually a feature of gray divorce, but there’s plenty of other things to quarrel over. About 62 percent of divorcing couples among those 50 or older fight about retirement savings in the process of reaching a settlement, according to a recent survey of members of the Academy of Matrimonial Lawyers. Eighty-three percent fight over alimony, and 60 percent spar about business interests, the survey found.

Read more about it here: http://bloom.bg/2dqsK2E