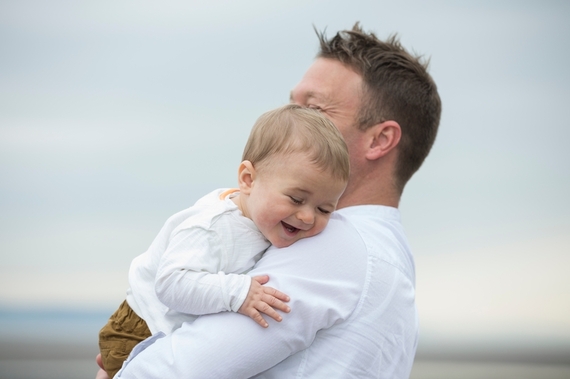 Paternity is a major problem area in family courts, whether you are talking about issues pertaining to fraud or biological fathers obstructed from having a relationship with their children. Unfortunately, there is little being done to fix these matters.

This leaves millions of men and children stuck in a legal rut, as courts require an inane number of hoops to be jumped when it comes to paternity law, oftentimes with scant hope of obtaining justice.

From fathers being required to pay support for children that DNA tests prove are not theirs to fathers blocked by the courts from being involved in their children’s lives, family courts have much to do before the current system is fixed and justice is served.

Paternity fraud as a “National Epidemic”

A major (yet underreported) problem in the United States and much of the Western World is fathers unknowingly — or knowingly in many cases — being required to support children who are not theirs biologically.

In fact, studies have found as many as 30 percent of fathers paying child support are not the biological father of the children they are supporting. Yet, against all logic, going to the courts armed with DNA evidence that you are not the father of a child often has little to no bearing when it comes to ending support obligations.

Yes, even if you can definitively prove you are not the father of a child, there is a good chance you will have to continue paying support. How and why does this happen?

First, the bottom line of the current paternity system is to simply find someone to give responsibility of the child so the state doesn’t have that obligation. This can happen a number of ways, both intentionally and unintentionally.

When a married couple has a baby, the husband is usually assumed to be the biological father. Once he signs the paternity acknowledgement form at the hospital after the child’s birth, it typically starts a ticking clock on the statute of limitations to challenge his paternity.

If years later the husband discovers his wife had been having an affair during the time of the child’s conception and he performs a DNA test that proves he is not the biological father, the courts will often say the equivalent of “tough luck” and stick him with the support bill until the child reaches the age of emancipation.

It is also a fairly common issue that arises when a child is born out of wedlock and the mother applies for state aid, such as welfare. Agencies typically require that the mother list someone as the father, which automatically opens a support case against them to offset the amount of aid the state will have to pay.

The mother does not have to prove who the father is; she simply must list someone and provide an address. If she chooses some random ex-boyfriend from years ago and the address is no longer valid, he will not receive the summons and a default judgement will be issued when he doesn’t show up to court.

Now he is on the hook for support and doesn’t even realize it. With more than 40 percent of children born out of wedlock, this problem does not appear to be slowing down any time soon.

While a father being financially obligated to a child who is not biologically his is one major paternity issue, problems swing to the opposite side of the spectrum as well.

Unwed fathers are given essentially no legal rights to their children until they formally establish paternity.

Although it may not create immediate problems for many couples simply putting off marriage, as is the current trend with marriage rates at an historic low, major complications can arise if these cohabiting couples break up.

While married parents are presumed to have equal legal and physical custody until the courts say otherwise — the same assumption that creates problems for fathers whose wives were unfaithful — unwed fathers receive no such legal protections.

An unwed mother is assumed to have full physical and legal custody of her children until a father can officially establish paternity; a process that can be convoluted, expensive and time-consuming.

You can read the rest of the article here: http://huff.to/29RqXAO