The 5 Stages of a Relationship Coming to an End 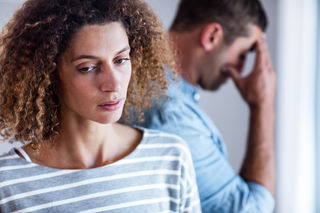 The end of an intimate relationship is generally a painful process in which you and/or your partner must accept that you will no longer be together. In some cases, it’s a great relief that things are drawing to a close, particularly if one partner has suffered some type of abuse or domestic violence. In other cases, the end involves a gradual drifting apart that occurs over a period of weeks, days, or years.

New research on the phases of change in relationship endings reveals more about this process, and how to tell if you might be already be in it.

University of Tennessee psychologists Kathrin Ritter, Vanessa Handsel, and Todd Moore (2016) developed a scale to assess the stages they believe characterize the ending of close relationships. Their primary interest was in being able to determine how far along individuals involved in violent dating relationships were in being able to extricate themselves from these harmful alliances. However, the scale they ultimately developed can be applied more generally to anyone exiting an unhappy relationship.

The researchers based their scale on a theory developed by James Prochaska in the 1980s and 1990s, which proposes that any sort of major change in life involves a five-stage process. Rather than simply seeing the ending of a relationship—violent or otherwise—as a simple stay-or-leave situation, the “Stages of Change” model assumes that there are steps that precede it and others that follow. By understanding these stages, therapists or counselors can better help individuals undergoing change. If you are going through an important life transition, you can use this knowledge to gain insight into why you feel the way you do.

In the Ritter, et al study, 83 questions were administered to a large sample of undergraduates with the intention of developing a shorter version that would tap into the entire range of stages. The questionnaire that emerged, called “Stages of Change in Relationship Status (SCORS),” has 20 items, with four that assess each of the five stages. Following the development of SCORS, the team asked another sample of students to complete it on two occasions, two months apart. At the beginning of the two-month period, participants were required to be in an intimate relationship; by the time the period had elapsed, about 20 percent had broken up with that partner.

Find out what the 20 questions are: http://bit.ly/2tEDDYJ