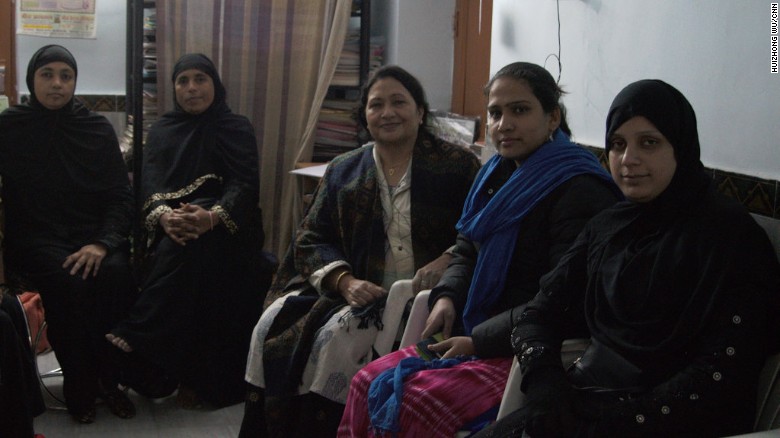 Farha’s husband instantly divorced her last year by saying “talaq, talaq, talaq” in a fit of anger after their 10-year-old daughter had asked him for five rupees (seven cents) to buy some firecrackers for a holiday celebration.

Triple talaq, as it is commonly called, is an ancient and controversial Islamic practice where a man divorces a woman by saying the word talaq, the Arabic word for divorce, three times. Sometimes, it’s even delivered by phone or text message.
In theory, it should take three months to take effect. In practice, it is often instantaneous — the woman forced out of the house with barely a moment’s notice.

Yet this could soon change — a move that would be a victory for Farha and others like her.

The nation’s highest legal advisory body, the Law Commission of India, put out a survey to Indian citizens in October 2016, asking about various ways to reform family laws and specifically whether or not to ban talaq.

India’s Supreme Court plans to constitute a 5-judge bench to rule on the issue of whether talaq and other practices are un constitutional. It has asked all of the involved parties to submit their evidence in support of their petitions by March 30.
“In a Muslim society which practices talaq, women have no existence,” says Farha, who adheres to the local custom of only using one name. “A man can leave a woman at any time because of any issue.”
Bharatiya Muslim Mahila Andolan (BMMA) — a network of Muslim women activists and organizations that operate in 15 states in the country — is leading a nationwide campaign against talaq.
Its headquarters in Jaipur — known to tourists as India’s Pink City — is located in a dilapidated building in one of the city’s back alleys, which stand in sharp contrast to the decorated rose sandstone for which the city is a famed. It’s a one room office, barely six feet wide. Plastic chairs line both sides of the room. It is here that Farha came to seek help.

You can read the other half of this article o CNBC here: http://cnn.it/2lhGwWk