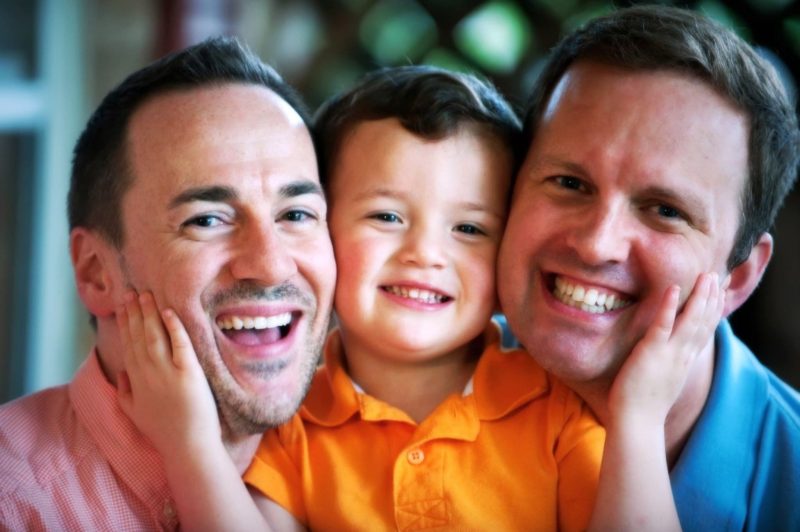 The First Amendment Defense Act has been justly promoted as a means to protect religious people, as well as other conscientious objectors, against those who might wish to retaliate against proponents of male-female marriage through the federal bureaucracy (complaints, charges, lawsuits, claims of damages, etc.; see this article by Roger Severino). As a Southern Baptist and vocal opponent of same-sex couples attempting to marry, I wholeheartedly support this legislation. My own recent experience being driven out of a tenured university position forces me to see FADA in urgent terms.

There is another angle, however, that I fear will get lost in this argument.

As of last month, I have been informed that children of same-sex couples are not a protected status explicitly in California and therefore have no means of redressing their grievances if they suffer discrimination, harassment, or retaliation based on this aspect of their identity.

Some children of gay couples are likely to be targeted by anti-gay individuals who dislike their parents; technically, the law will protect them by giving their parents the right to grieve such treatment. But what about children of gay couples who are being closely watched by the larger LGBT community and intimidated into remaining silent about problems in gay homes? For being the children of gays, they are being treated differently, and the difference is adverse. Yet because the group attacking them is protected and they as a group are not, they have nowhere to go within the legal system.

It is not uncommon for a protected group to be subject to anti-discrimination law if they discriminate against another protected group. Eric Walsh, Angela McCaskill, and the many African-American Christians who have been punished for supposed homophobia all attest to the eagerness with which oppressed minorities can be liable for supposedly harming other oppressed minorities.

But gayness, unlike blackness, is not automatically passed down as a protected status from parents to children. I inherited Puerto Rican ancestry from my mother but not her lesbianism. This places me in a conundrum that nobody in the government has been willing to try to solve.

While gays can be charged with racial discrimination and racial minorities can be charged with anti-gay discrimination, between gay couples and the children they adopt through the power of the state, there is a perfect asymmetry. The gay community can target and even destroy the child raised by gay parents as punishment for opposing gay marriage – which, for such a child, is an incredibly direct and personal issue – but if the child is not gay, then the child has nothing to charge against the harassers.

The role of the state in creating this inequality is alarming, which is why I published a highly controversial article on May 1, 2015 called “Imagine Gay Marriage Reparations.” The article landed me on Right Wing Watch, but my argument stands even more strongly now in light of what has happened in the past year. If gay marriage were the legal tool by which large numbers of people (children of gays) were stripped of their heritage and forbidden from voicing objections or redressing grievances about it, then gay marriage itself would be a human rights violation for which the government upholding gay marriage would be primarily liable.

Imagine what a mess people have made without even thinking about it. When I wrote “Imagine Gay Marriage Reparations,” I was being speculative, but now, having been hounded out of a job by liberals who retaliated against me for honestly describing the plight of children raised by gay parents, I have hard proof that this legal conundrum is headed toward a serious crisis.

This problem arises because the courts accepted the Fourteenth Amendment argument about children raised in gay homes needing to be protected against discrimination. The courts never considered the problem of children raised in gay homes becoming a suspect class of their own. Recall this coverage of the debates that took place during the lawsuit over Mississippi’s gay marriage law:

You can read the rest of the article here: http://huff.to/29RqXAO