Why Conservatives Are Picking Sides in a Lesbian Child Custody Battle 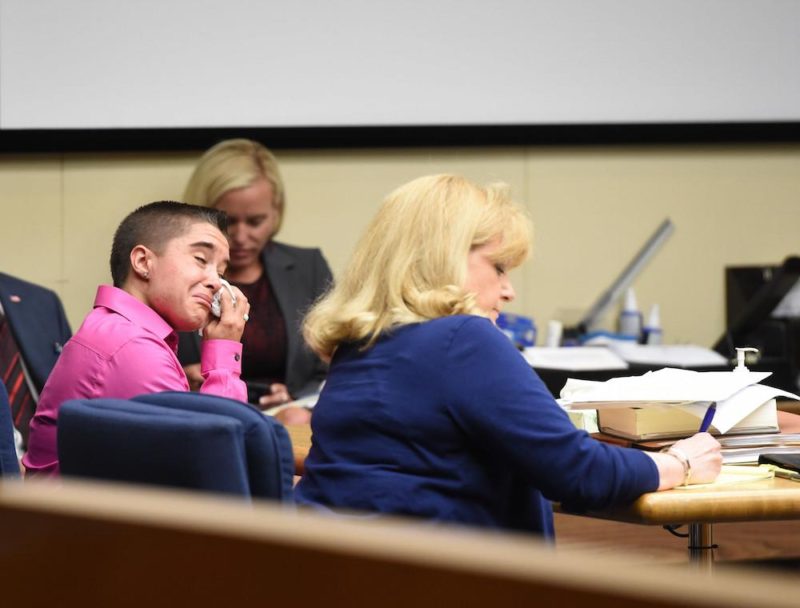 Last year, when the Supreme Court made it legal for same-sex couples to marry nationwide, one might have expected the ruling to end thorny questions about the legal status of their 200,000-plus children. But as recent developments in a Tennessee court case have made clear, the religious right and its Republican enablers are now doing their best to deprive such children of legal parental attachments, giving the lie to decades of pious claims that their paramount interest lay with protecting children.

You’ll find the latest example in a September 9 motion to intervene filed in a contentious divorce battle between two women by the Family Action Council of Tennessee (FACT). FACT, which acted on behalf of 53 state legislators, all Republican, said in a statement that the case was about whether Obergefell authorizes judges to determine custody policies in divorce proceedings for individual states.

Which is one way to frame it. Another is that Tennessee law, like that of many states, is tilted against the children of same-sex couples because it only acknowledges the biological mother’s parental rights—and Republicans are evidently invested in keeping it that way.

More than 100,000 American same-sex couples are currently raising children. But since children in same-sex-headed households usually have a biological relationship to only one parent, the legal status of the birth mother’s spouse varies from state to state, even if they have fully co-parented the child from day one. (The legal situation of two-father families is a separate can of worms.) And in the aftermath of the Supreme Court’s 2015 Obergefell decision on same-sex marriage, that status is being tested in a variety of court cases that have emerged in the past year as the next frontier in LGBTQ family law.

One such case is the divorce of Sabrina and Erica Witt. Sabrina, the biological mother of the couple’s baby girl, is seeking sole custody, even though the women were legally married at the time the baby was born via assisted reproduction. In June, a Tennessee judge ruled in her favor, saying that Erica “has no biological relationship with this child, has no contractual relationship with this child.”

“I believe as a trial court I am not to plow new ground, but to apply precedent and the law,” Judge Gregory McMillan added.

The Tennessee law governing parenting in the case of donor insemination dates back to 1977, and is accordingly stacked in favor of heterosexuals. It says that “a child born to a married woman as a result of artificial insemination, with consent of the married woman’s husband, is deemed to be the legitimate child of the husband and wife.” If Erica Witt were a man, she would be considered the child’s other legal parent. As with similar laws in numerous other states, Tennessee’s parenting law was designed to ensure that children born through donor insemination, which was then growing in popularity, would have legal ties to the person intending to operate as the father. At the time, few outside the lesbian community even considered the prospect of a woman giving birth by donor insemination while sharing her life not with a husband but a wife.

Yet we now live in a world where same-sex parents are commonplace, and where the Supreme Court has ruled that same-sex marriages are constitutionally protected. What, then, is the fate of laws that may conflict with the Obergefell decision?

Read more about it here: http://bit.ly/2doUNCw