Why so many married couples are sleeping in separate beds 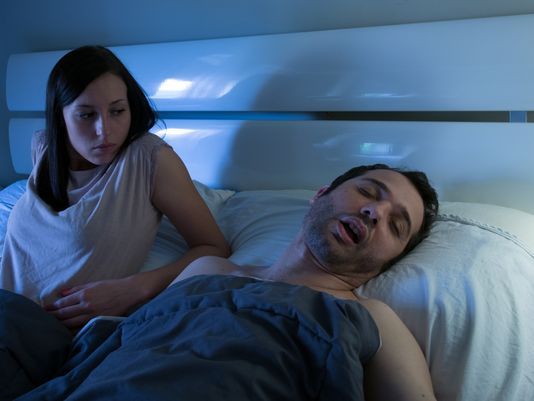 After waking up from her husband’s snoring too many times to count Lilly Grossman decided it was time to sleep in separate bedrooms.

Ten years later, Grossman and her husband sleep in separate bedrooms not only at home, but on vacations, and she believes they may have gotten a divorce if she continued to lay awake in the same room with him. Now instead of waking up irritable and struggling to stay awake throughout the day, Grossman said she feels closer to her husband than ever before.

“We both wake up energized through the day, and we enjoy each other’s company when we are awake and when it matters,” Grossman said.

And despite a decision that she says shocked a few friends, Grossman is far from alone. While the National Association of Homebuilders predicted years ago that dual master bedrooms could become the new norm in custom-built homes.

Whether it’s because of different sleep schedules, snoring, or restless leg syndrome, couples make the decision to sleep separately for a slew of reasons.

“If you think about it, sleep is eroding for a lot of us, so we are declining in our hours of sleep, and it affects the relationship if people aren’t getting sleep,” according to Jane Brewster, a psychotherapist based in Alexandria, Va.

But despite the need for rest, sleeping separately is still something that many may not feel comfortable talking about, Brewster said.

From Queen Elizabeth II and Prince Phillip to reports that President Trump and Melania Trump sleep separately, the decision to part at bedtime doesn’t mean couples are in trouble, especially if they implement strategies to keep the relationship strong.

You can read the rest of the article her: http://usat.ly/2pbd9Zb